There’s been a similar case earlier with the Update Rollup 4 for Orchestrator 2016, back then there was an additional step prior to installing the update rollup, the SQL Server Native Client had to be installed.

However for Update Rollup 8, this is not the case.

Once the update rollup 8 on the Orchestrator 2016 environment has been installed, we can no longer open the Runbook Designer, nor can we perform the Data Store Configuration.

When opening the Runbook Designer we get “The server threw an exception” error as shown below:

The first thing that might come in mind is to perform the Data Store Configuration.

Let’s go ahead and open the Data Store Configuration which can be found on the Orchestrator management server.

Once we’ve opened the Data Store Configuration, enter the servername and instance name of the Orchestrator database and then click Next.

Next we want to choose “Use an existing data store“, however when selecting this option we receive the following error: “Could not connect to the specified database server” as shown below:

Important Before you install this update, make sure new SQL driver (MSOLEDBSQL) is installed on the Management server role. For more information, see the Microsoft OLE DB driver for SQL Server topic on the Microsoft Docs website.

First of all this might be something many miss, so as a note for the future, always go through the KB article for each Update Rollup.

The link however doesn’t redirect us to any download link for the Microsoft OLE DB Driver for SQL Server, it goes to the documentation page.

Once we’ve installed the Microsoft OLE DB Driver 18 on the Orchestrator management server, we will need to perform the Data Store Configuration before accessing the Runbook Designer.

We are now able to select the existing data store: 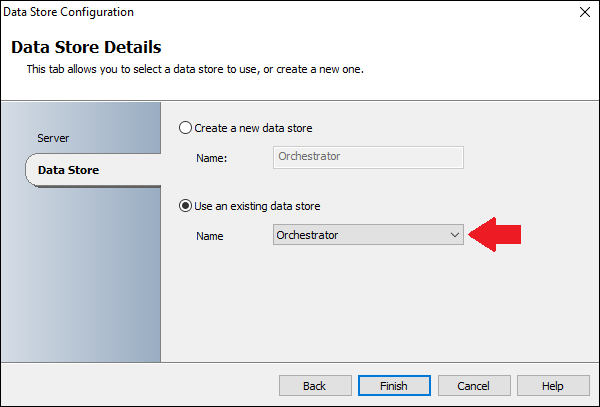 Then click Finish and we should shortly receive an identical window as shown below: 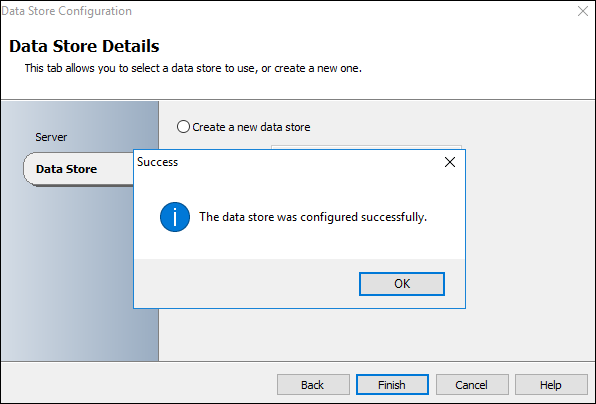 If you have installed Update Rollup 8 already on the Orchestrator management servers:

If you have not yet installed the Update Rollup 8 on the Orchestrator management servers:

Published by The System Center Blog

My name is Leon Laude and I work as a Microsoft specialist. The purpose of this blog is being creative, giving ideas and also offering help regarding the System Center products & Azure services that I find interesting. View all posts by The System Center Blog